You're Really Not Protected

(As featured in The Next Web)
45 million Americans have offered services in the on-demand economy—without an easy way to find and purchase protection, they’re highly exposed to risk.

The 2015 winter holiday season was a landmark one for two of the on-demand economy’s biggest players. Last Christmas Eve, Uber celebrated the completion of its billionth ride; and more than one million guests booked accommodations through on-demand vacation rental platform Airbnb to ring in the 2016 New Year—an 81% increase from 2015 according to the company.

There are now an estimated 8 million people using Uber and over 1.1 million active drivers offering 1 million Uber rides daily in 351 cities across 64 countries while the number of new drivers joining Uber doubles every six months. Airbnb’s sprawl is even more impressive—its 640,000 hosts offer 60 million users over 2 million accommodations listings in 34,000+ cities across 190+ countries.

The explosive growth of these two companies over the past 5 years has inspired the launch of countless others leveraging the on-demand platform model to create on-demand marketplaces where those offering goods and services can connect with those who need them quickly with a few clicks. Some of these on-demand companies have more traditional business models than Uber or Airbnb, but the majority are still experimenting with the two key elements that have made these two behemoths so successful: on-demand providers operate as independent contractors rather than employees; and they offer their personally-owned assets to fulfill the on-demand transaction rather than corporately-owned assets.

Flexibility and accessibility are what make the on-demand model so effective from a provider’s perspective—people can work through on-demand platforms when they want and the onboarding process requires a fraction of the time of a traditional part-time job and less commitment or investment than starting up a venture as a freelancer or sole proprietor. It’s an ideal solution for those seeking a side gig or supplementary income and that’s how a great deal of the workforce operating from these platforms tend to use them: 52% of Uber drivers work less than 30 hours a week, among them, 44% work less than 12 hours a week; and the average Airbnb home listing in California earns $4000 a year. These aren’t people that aspire to become innkeepers or chauffeurs, these are folks who simply want to make the occasional buck from a guest room gathering dust or use their car for something other than getting to and from work.

From an economist’s perspective, it’s a model with jaw-dropping potential––but we have some giant kinks to iron out before we realize the on-demand economy’s real promise, and one of those kinks is protecting a large, hybrid workforce who instantly transform from a person to a small business the moment they turn on their revenue-generating app. For now, they’re really not protected for the risks they encounter.

Complicating this further, Transportation Network Companies (TNCs) have divided a rideshare into three time periods: period one starts when the driver logs onto the TNC app and is waiting for a ride request; period two applies when the driver has accepted a ride and is en route to pick up the passenger; and period three takes effect when the driver is transporting the passenger to his destination. The “blanket” policies arranged by TNCs are designed to provide coverage for time periods two and three only––there is no coverage for time period one. Confusing? Well, it gets worse…

Most on-demand providers assume that they either have coverage or can obtain coverage through the insurer covering their personal assets––unfortunately they’re wrong. Typical homeowners or personal auto insurance policies exclude or severely restrict business activity. A standard homeowner’s policy may cover a nominal amount of business equipment in the home or away from the premises, but it won’t adequately cover business-related liability. In addition, homeowners policies have varying restrictions on renters and vacancies. Personal auto policies are even more clear-cut: they will not cover you if you use the vehicle to carry people or property for a fee.

Providers in the on-demand economy who don’t know or don’t understand the “no business activity” caveat in their personal policies are increasingly finding out about it the hard way. Failing to disclose business activity with your insurer has the same net result as lying about it when asked––you’ll likely lose your personal policy,  and once cancelled by one insurer, it becomes more difficult to find a new insurer.  Take Alex for example, a new rideshare driver carrying a passenger who tapped a cyclist while exiting the vehicle at a red light. While everyone involved left the scene without a scratch, the cyclist filed a police report and two weeks later, Alex’s insurer voided his personal auto policy citing material misrepresentation––had Alex disclosed his intention to use his vehicle for ridesharing on his application two months earlier, the insurer would have refused the policy.

Fearing situations like Alex’s, many on-demand providers are seeking adequate protection for their business activities early in their tenure or before they even get started––this too can be problematic. In a recent conversation about insurance on an on-demand short-term rental forum, three hosts revealed that their homeowner’s policies were cancelled immediately when they called their personal insurer to inquire about product available to cover short-term paying guests. “If you’re talking to an insurer, whatever you do, don’t say the Airbnb-word,” advised one.

It’s creating a climate of “don’t tell, don’t even ask” among on-demand providers.

The trouble is that personal insurers don’t have a lot of options to offer to on-demand providers. As Michael Fitzgibbon, a former insurance brokerage owner with 28 years experience in the insurance industry points out, “Right now, the on-demand economy is a completely unserved market. There are some endorsements to auto policies available that tend to cover the ridesharing economy, but either almost no one can qualify for them, or they’re relatively meaningless.” Those endorsements include riders on policies in which the insurer acknowledges that they know the driver uses their car for rideshare and will not cover them in the event of a claim while they’re working, but will ensure that the driver’s coverage is intact when using their car for personal purposes. You’re not really protected, but you won’t lose your policy in a scenario like Alex’s.

So what options are there for responsible on-demand providers who want to ensure they have appropriate coverage in place when they start work on an on-demand platform? “The only thing you can really do to properly cover yourself is buy a small commercial package policy,” says Fitzgibbon. It’s an option that’s both costly and complicated for on-demand providers, particularly for those who are new or operate part-time.

The problem with small commercial policies is that they’re designed for people operating a full-time business year-round. On-demand ridesharing providers need to purchase a livery policy that provides additional coverage to cover passenger hazard. “So in addition to $1 million in liability, you’re looking at an additional $1–$5 million for the passenger hazard,” says Fitzgibbon. “There are a lot of factors that go into the pricing. As a hypothetical example, a rideshare driver might pay $1,800 for his annual insurance policy for non-commercial use, but because livery policies are only available on a full-time basis, the cost of his livery policy might be more than $5,000 a year––he’s looking at tripling, or more, the cost of his personal policy.”

In some U.S. states, commercial coverage for ridesharing drivers is mandatory, not an option. In New York City where the 14,088 registered Uber cars outnumber the 13,587 yellow cabs on the road, rideshare drivers need a TLC (Taxi and Limousine Commission) license, a TLC-licensed vehicle, and commercial insurance. It’s a situation that makes it difficult for drivers to make a living as a provider for popular low-cost rideshare services, and in some cases, it’s downright impossible. After collecting a few commercial insurance quotes, a Toronto rideshare driver calculated her hypothetical net earnings based on the lowest-priced policy––with commercial insurance she would earn roughly $7.70/hour, far less than the Ontario minimum wage of $11.25/hour.

Finding the right commercial policy is a tricky, time-consuming process for those new to on-demand platforms (and it shouldn’t be)––they don’t have the experience to assess the volume of business they’ll be conducting. A short-term rental host buying a small commercial policy will need to find a broker, fill out an application with dozens of questions, submit it to the underwriters, and wait. “With everyone’s best efforts, working really fast, that’s usually a 2–3 week process,” says Fitzgibbon. Among the questions hosts will be asked, is an estimate of how much business they’ll handle––a number that will help to determine the premiums they’ll pay. “A typical minimum annual premium ranges from $1,500 to $2,500 per year. The price only increases if the purchaser’s business volume exceeds the amount represented by the minimum premium,” confirms Fitzgibbon. Ambitious hosts hoping to book their space full-time will find themselves losing money quickly if their goal doesn’t match the reality––once the premium is determined, insurers can’t lower it a few months down the line. “On the flipside, if you want to avoid that scenario, you could underestimate how much activity you’re going to do and adjust it upwards, but there’s a risk in doing that,” warns Fitzgibbon. “The insurance company could end up denying a claim saying ‘you told us you were going to do $5,000 a year of business and you’ve ended up doing $40,000 a year in business.’”

A recent poll on the popular ridesharing forum, The Rideshare Guy offers a hint of the on-demand market hungry for a policy that’s appropriate for their needs––of the 5070 rideshare drivers polled, only 8.84% had a rideshare specific policy, and 81.51% say they wanted one. Some new options are emerging for rideshare drivers as insurers are beginning to offer policies that extend personal coverage into period 1 while rideshare driving.

It’s a start, but a far cry from a total solution. We still need protection for the occasional Airbnb innkeeper, the Uber rideshare driver, the Handy home cleaner, the Thumbtack yoga instructor and the millions of other on-demand providers who may be offering their services and assets on a part-time, occasional or ad hoc basis. According to Burson-Marsteller’s recent survey, 45 million Americans have offered services in on-demand marketplaces––until we can make it easier for these people to find and purchase the protection they need, as, and when they need it, they remain highly exposed to the risk that most still do not know they are taking.

Backed by Global Investors from Insurance and Technology 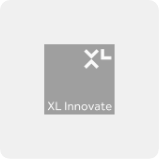 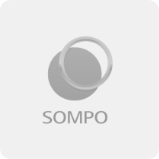 Slice only places coverage with financially-strong national and global insurance groups that achieve an A.M. Best Financial Strength Rating (FSR) of “A” or higher, and an A.M. Best Issuer Credit Rating (ICR) of “a” or higher.

Licensed in 50 states and District of Columbia.
Back to Top